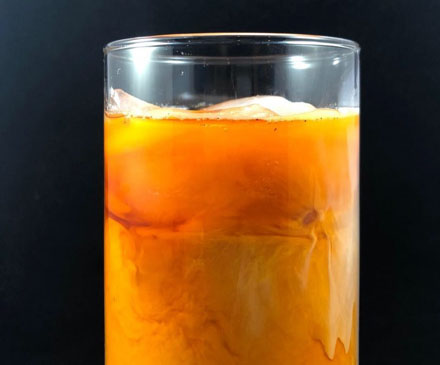 Thai Milk tea is one of those drinks which has gotten a lot of popularity in the last decade. It’s really a millennial thing. There so many versions of it available these days, from matcha, to almond, to ginger to taro but the original with a hint of vanilla and its brilliant orange color remains my favorite . If you add tapioca pearls to it you have bubble tea, and what’s better than that!!

I bought a Thai tea mix from the Asian market, brewed it according to package directions, strained it and let it cool down and come to room temp for a couple hours. I did not use any extra flavoring because the original blend is already flavored with vanilla but i did use star anise, cinnamon and green cardamom to infuse my tea while it brewed. Than I simply added ice and half and half to my tea.

I do not have the bag of the tea to show you a picture because it ripped and I transferred the tea to a container. It came in a clear package and it said Thai black tea blend. 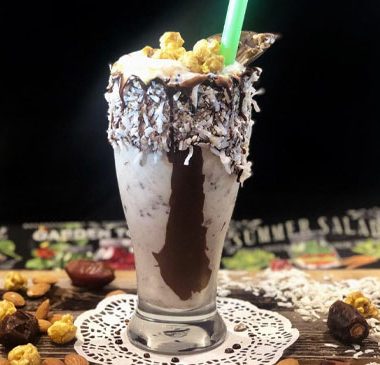 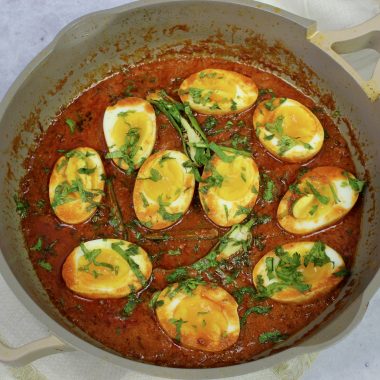