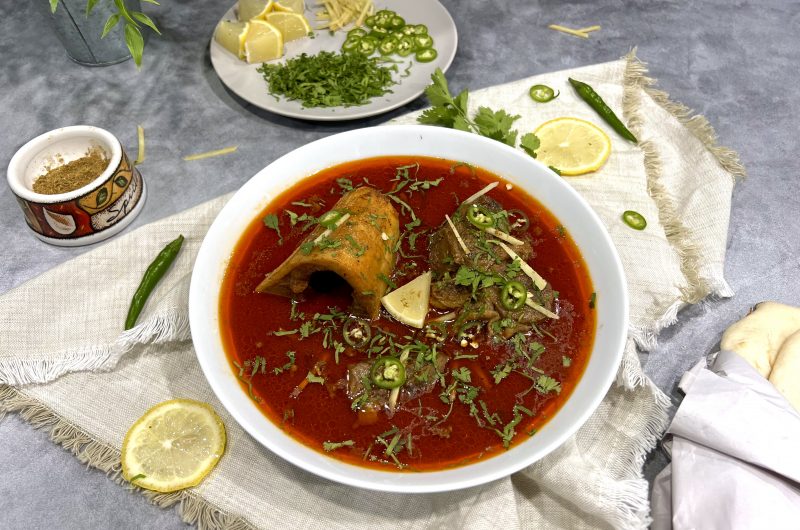 Nihari is a slow cooked meat stew which originated in the Indian subcontinent. It is mainly cooked with beef shank but can be made with mutton or chicken, it is flavored with a blend of spices and thickened with a whole wheat flour slurry. I learnt the base of this recipe from my cousin, however, made a few changes to better suit my style and in my opinion elevate the flavor of the entire dish. You may choose to use less spices or reduce the amount of fat (oil and ghee) if you prefer to fit your needs but remember authentic nihari is loaded with spices and fat. After trying this recipe it will definitely remind you of the famous Pakistani nihari vendor Haji Idrees in Karachi if you’ve ever had it before.

The homemade nihari masala recipe is my husbands since he was quiet famous amongst his friends in his single days for his nihari. Alhumdulillah to this day he can make nihari better then me. Every time i make nihari Amir makes the fresh home made nihari spice blend for me.

How to get the meat cut for Nihari:

If the bones have marrow in them, it takes around 3 hours for it to fully cook before melting in the nihari. If you wish to reserve the marrow, carefully scrape it out with the back of a tablespoon in a bowl and set it aside. Heat it up before serving!

It is very important to make sure that the meat is at room temperature before cooking.  Cold meat against a hot pan will stick to the bottom of the pan and decrease the temperature of the oil. It is important to sear the meat in oil and masala to lock in the moisture. This will ensure the meat will not drastically shrink after cooking

It is said that nihari is best served the following day as the meat tastes better after it has had time to absorb all the flavors. If you wish to make this recipe for a party, i would suggest making it a day ahead. When you reheat the nihari, do so on a low flame and do not fiddle with the meat a lot or else it will break and shred in the gravy.

Personally we love to eat plain boiled rice with nihari but it is served with fresh hot naan.

If you do not have 8 hours to make the nihari, you can pressure cook the meat with 2 cups of gravy in the instant pot for 25 mins after adding the flour paste. After that add it back to the stock pot and continue cooking for an additional 2 to 3 hours until oil separates from the gravy and the nihari thickens.

If you wish to use an alternate protein in place of beef, try it with mutton instead or you can try the chicken nihari https://flavoredbyfatima.com/2020/02/20/chicken-nihari/ which is also a very popular recipe of mine.

I hope you guys give this recipe a try and enjoy it as much as we do. Please don’t forget to tag me in your recreations.

This is a copycat recipe of Famous Haji Idrees Nihari from Karachi. 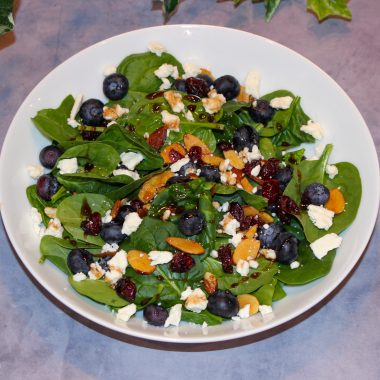 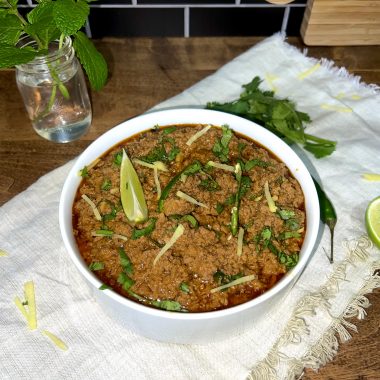